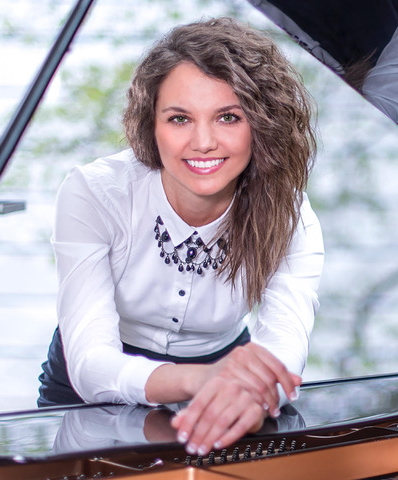 She completed seven years of music school and two and a half years of Choral conducting at M.K.Oginsky Institute of Belarus, where she had professional vocal training with master class professors. After moving to Canada in 2003, Alesia worked with several choirs as a Music Director, trained vocalists and pianists in Durham Region. Her students have won many places, prizes and trophies at Oshawa-Whitby Kiwanis festivals and other competitions. She also performed at various concerts and events as a choir conductor and have been a piano adjudicator at Oshawa-Whitby Kiwanis festival and at ORMTA Stars of Tomorrow Festival. In 2007 she graduated from Canada Christian College with Bachelor of Sacred Music Diploma, and in 2010 graduated from the Royal Conservatory of Music with an ARCT Piano Teacher Diploma.
She has over 12 years of experience in teaching piano,voice, and theory and 18 years of experience in performing as a soloist, musician and an accompanist. In September 2017, her first original debut album, “The Best is Yet to Come” was released.
Alesia is currently pursuing the opportunity to become a member of the College of Examiners with the Royal Conservatory of Music, and is the owner and operator of Melody Music Studio.
Alesia is passionate about music and she takes pleasure in discovering talents and unique abilities in every student, helping them maximize their potential in the music field.